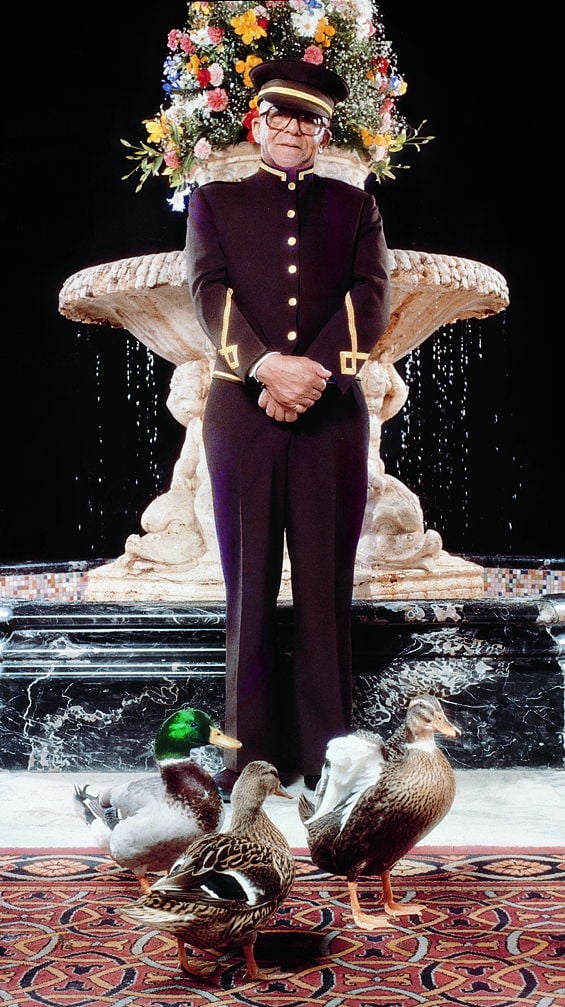 The Legend of the Ducks

How did the tradition of the ducks in The Peabody fountain begin?

Back in the 1930s Frank Schutt, General Manager of The Peabody, and a friend, Chip Barwick, returned from a weekend hunting trip to Arkansas. The men had a little too much Jack Daniel's Tennessee sippin' whiskey, and thought it would be funny to place some of their live duck decoys (it was legal then for hunters to use live decoys) in the beautiful Peabody fountain.

Three small English call ducks were selected as "guinea pigs," and the reaction was nothing short of enthusiastic. Soon, five North American Mallard ducks would replace the original ducks.

In 1940, Bellman Edward Pembroke, a former circus animal trainer, offered to help with delivering the ducks to the fountain each day and taught them the now-famous Peabody Duck March. Mr. Pembroke became the Peabody Duckmaster, serving in that capacity for 50 years until his retirement in 1991.

Duck Marches Throughout the Years

The original ducks have long since gone, but after over 90 years, the marble fountain
in the hotel lobby is still graced with ducks. The Peabody Ducks march at 11am and 5pm daily. 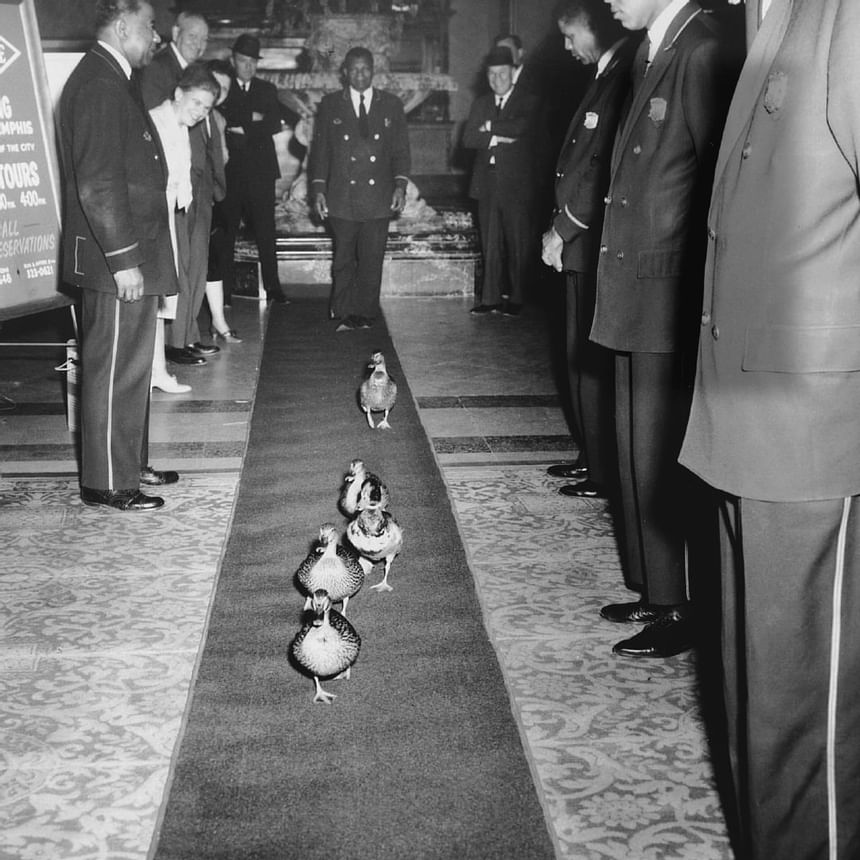 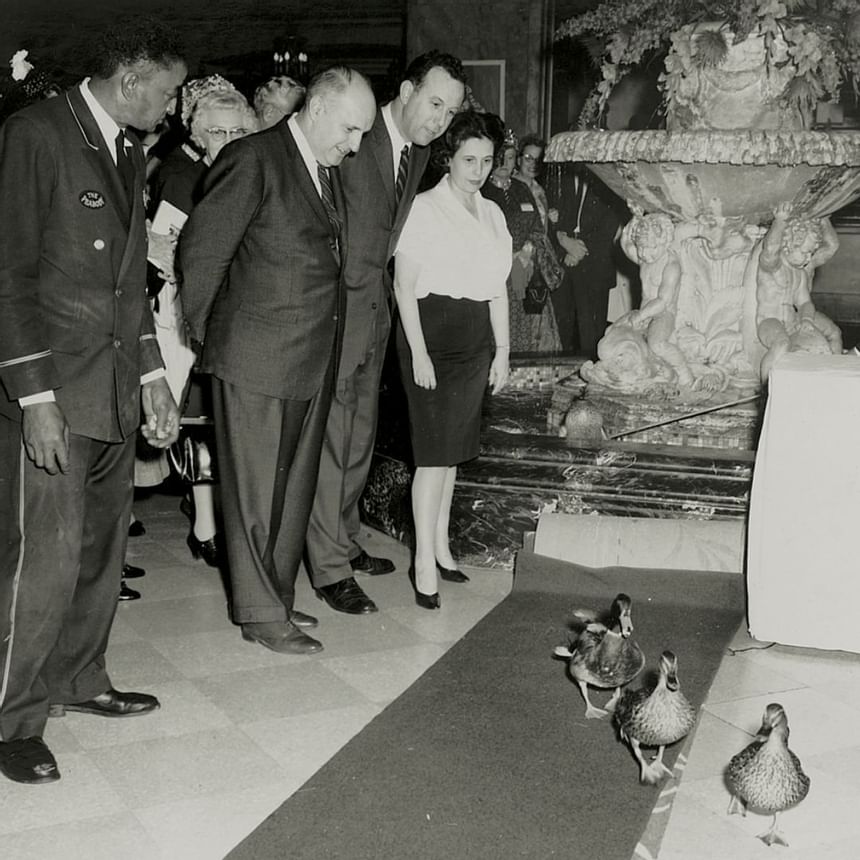 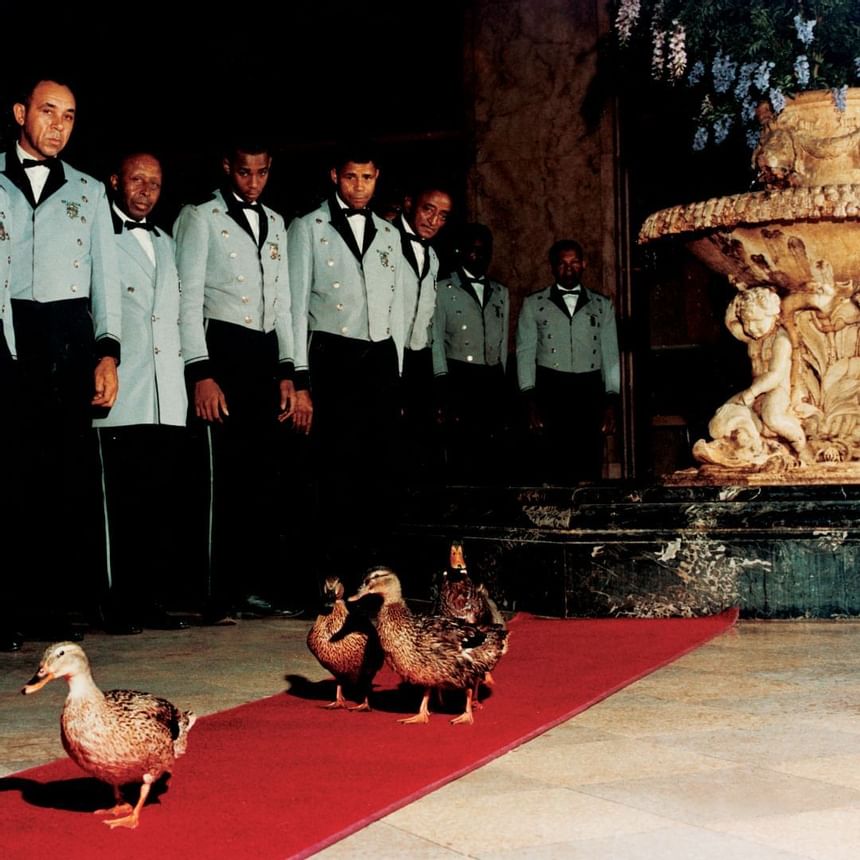 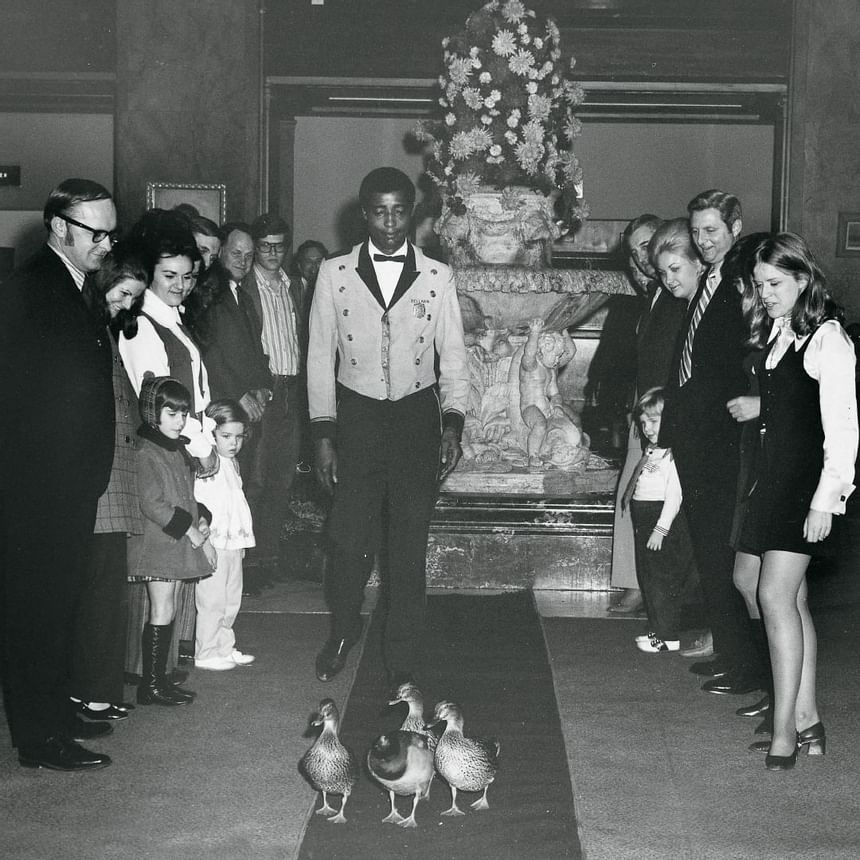 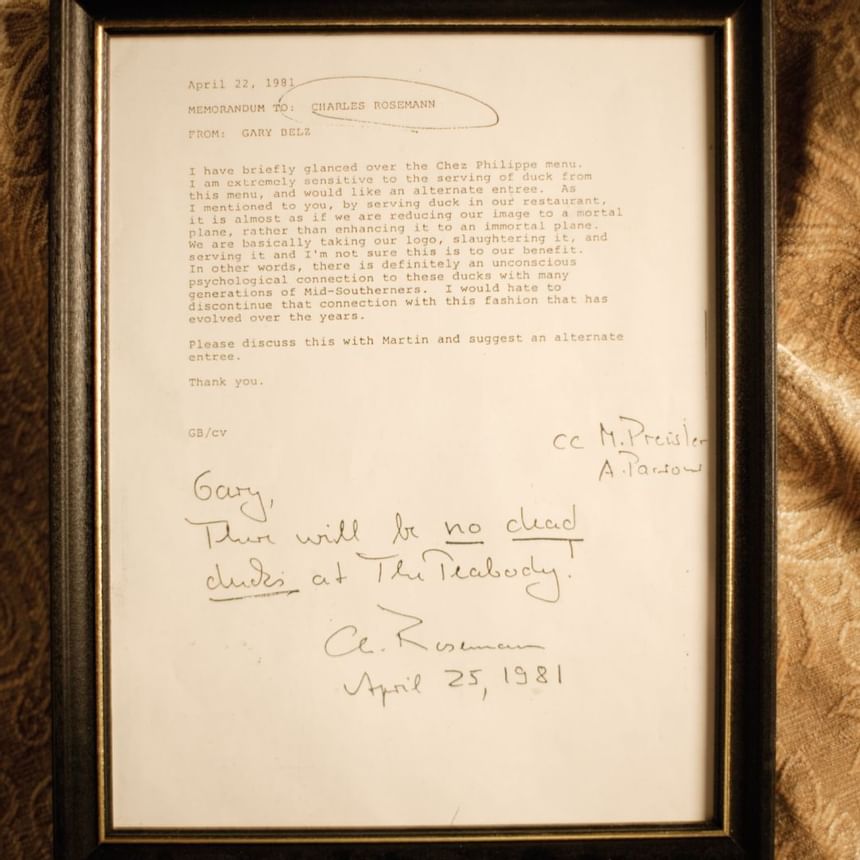 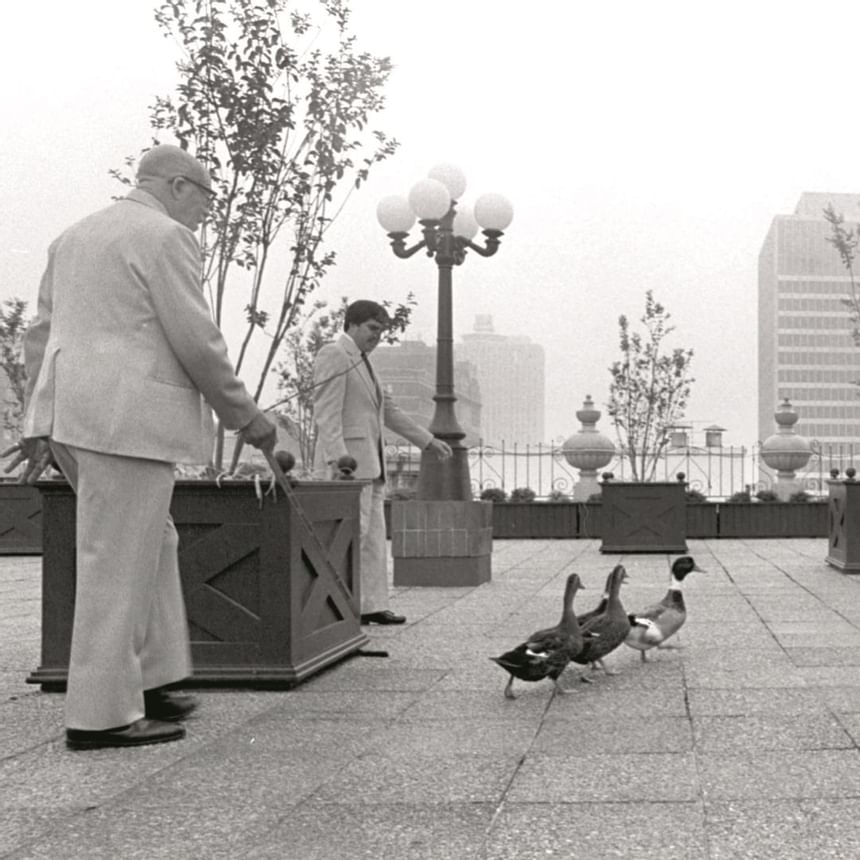 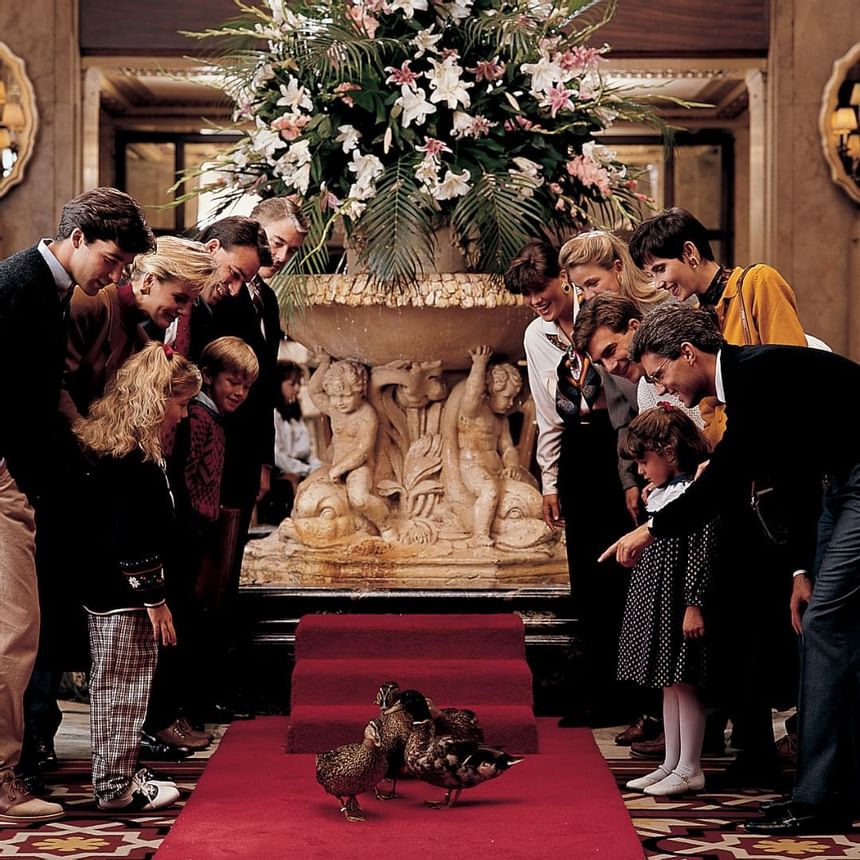 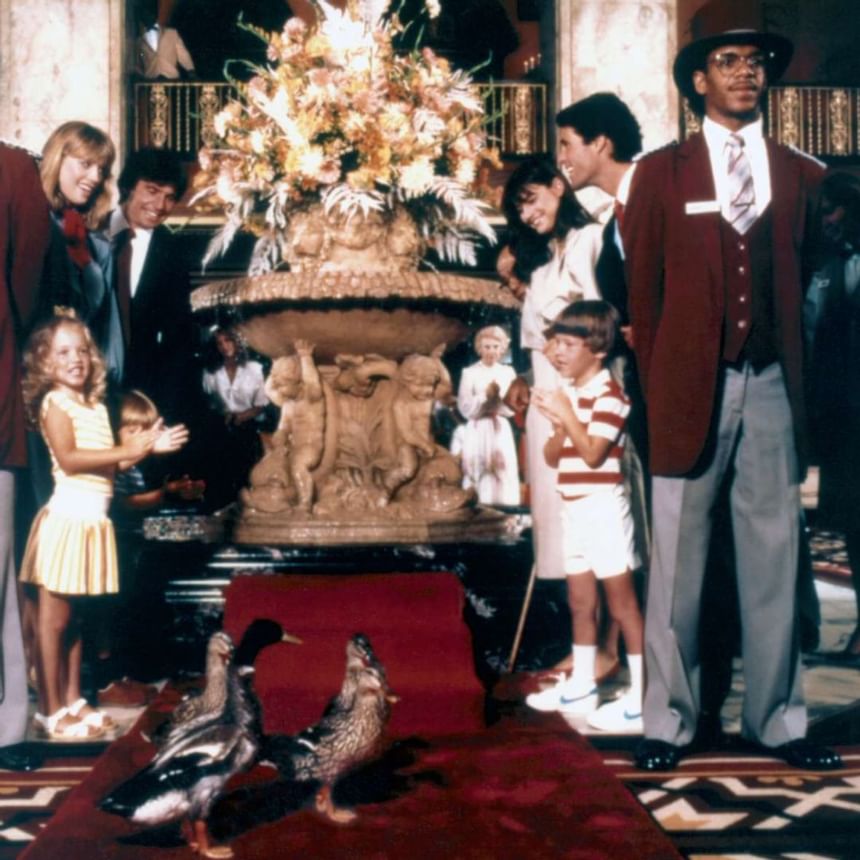 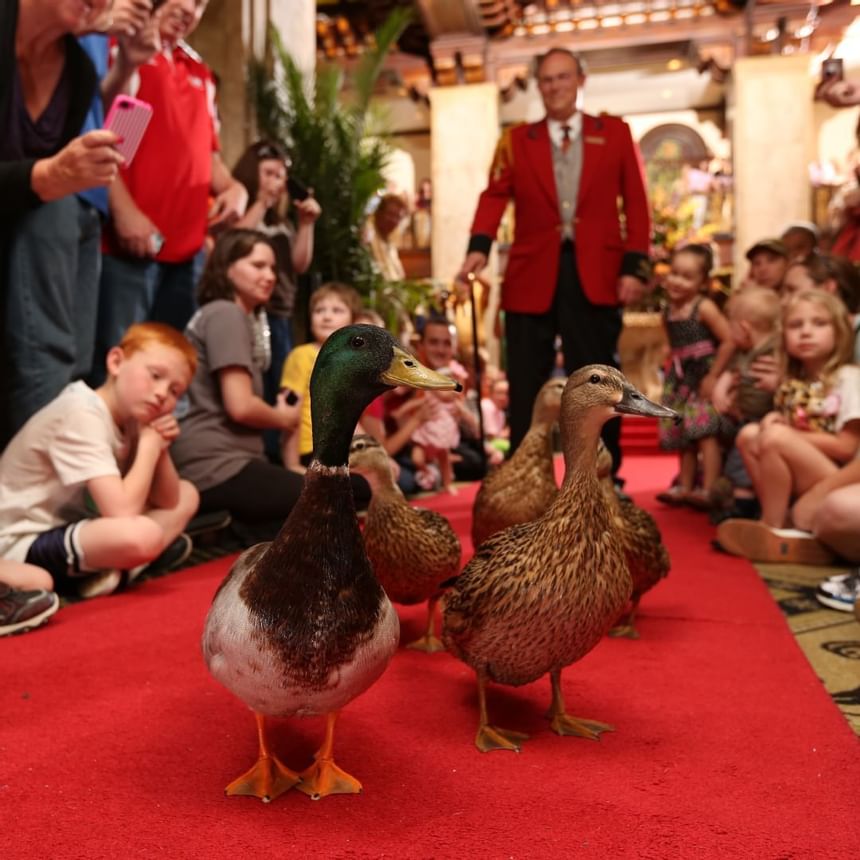 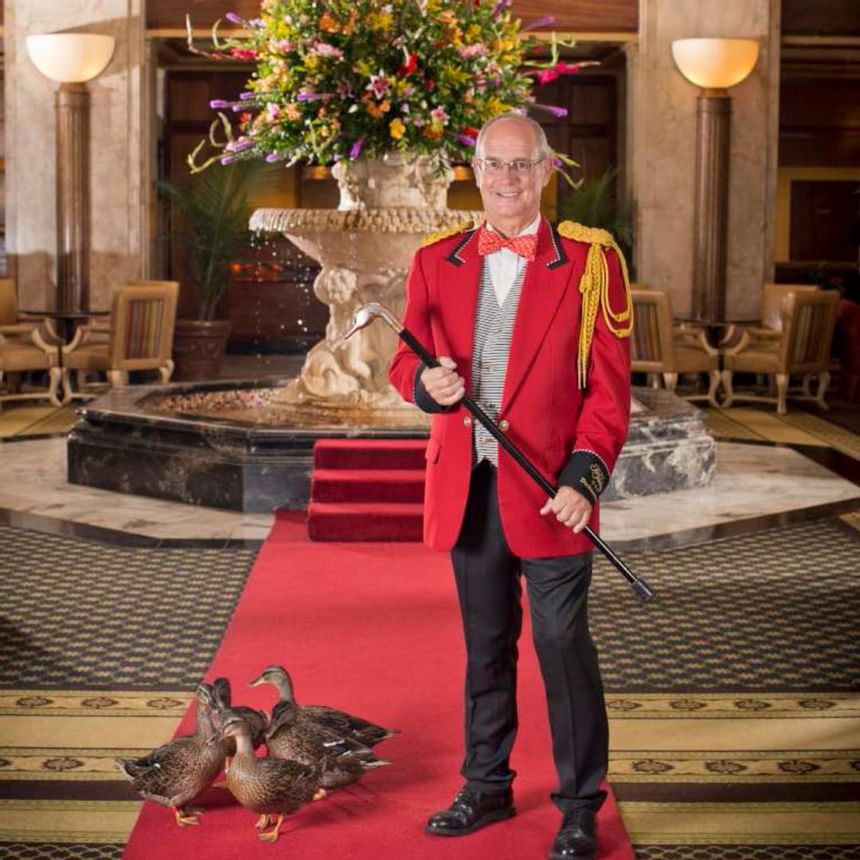 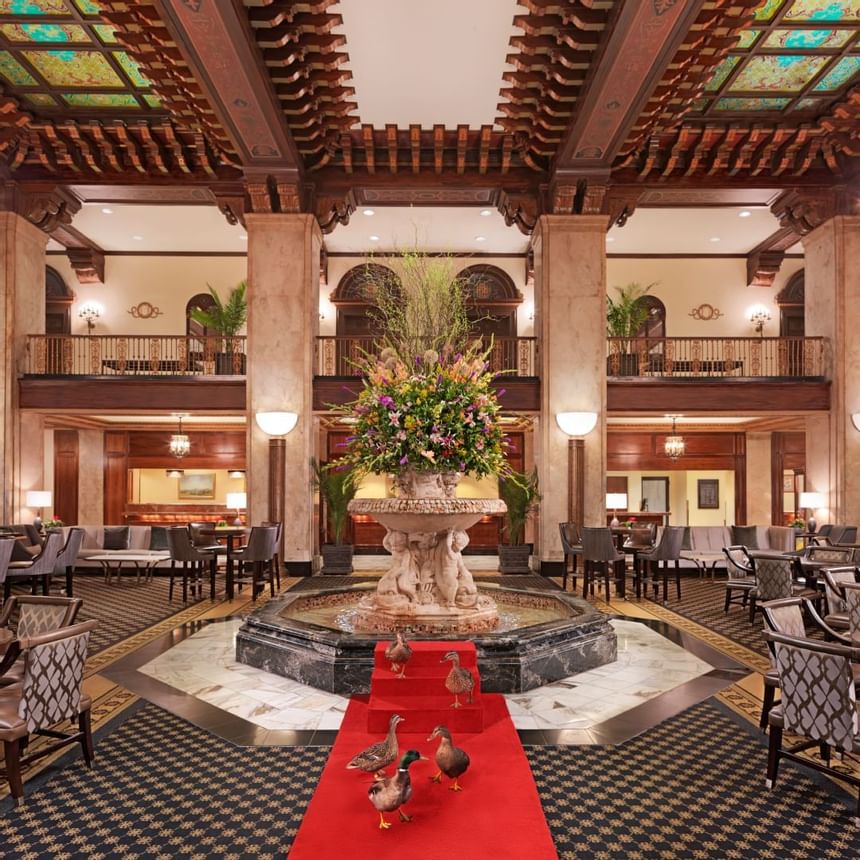 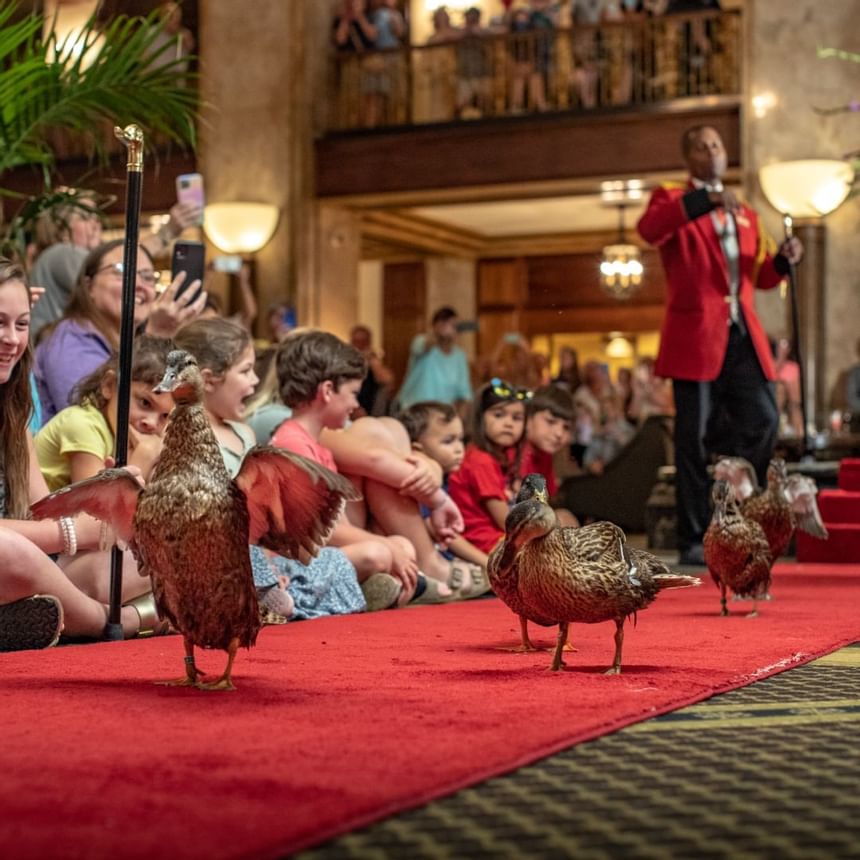 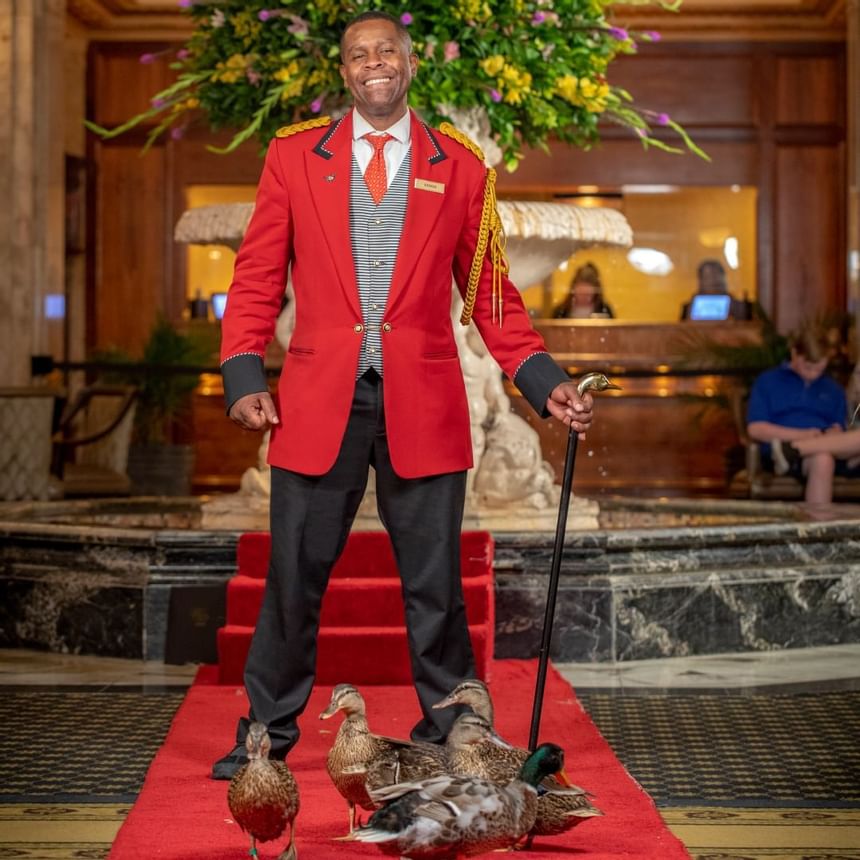 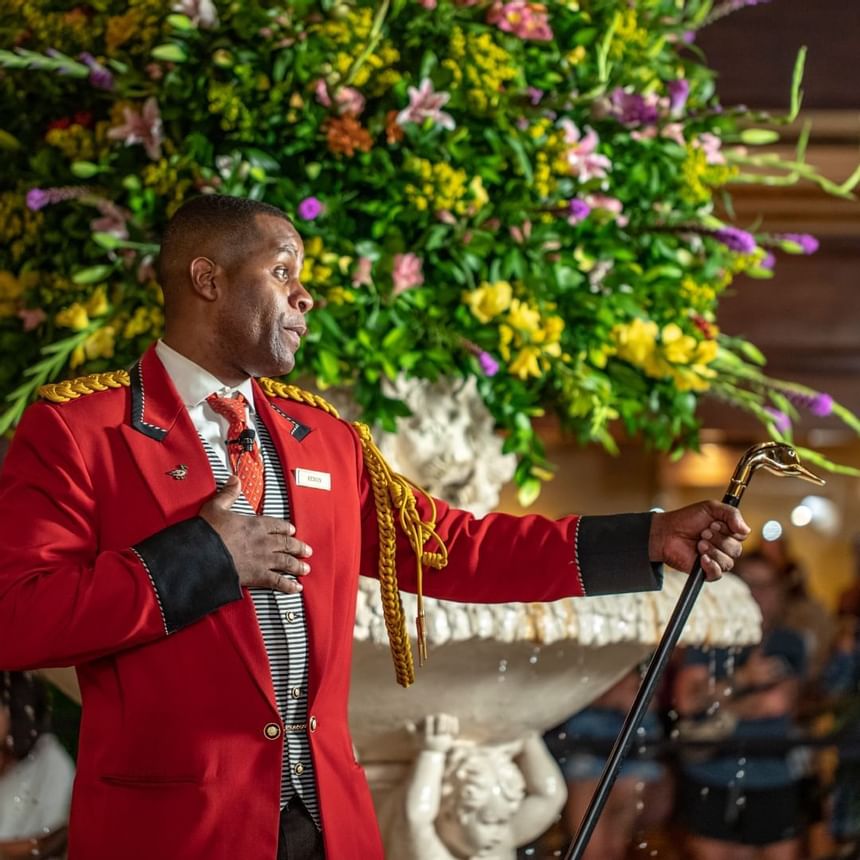 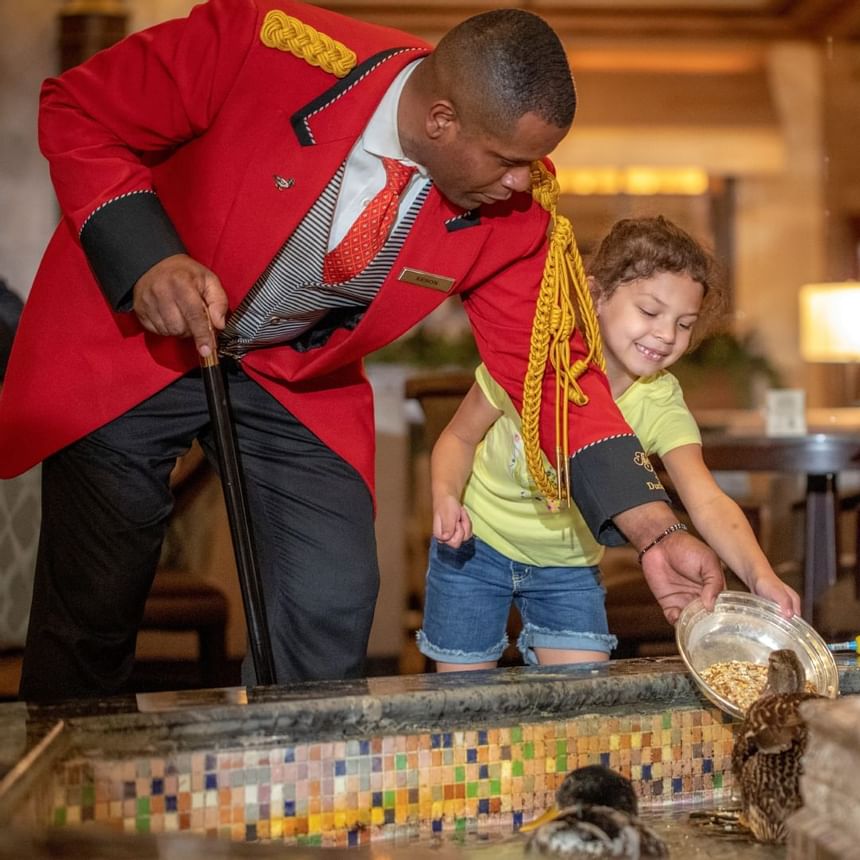 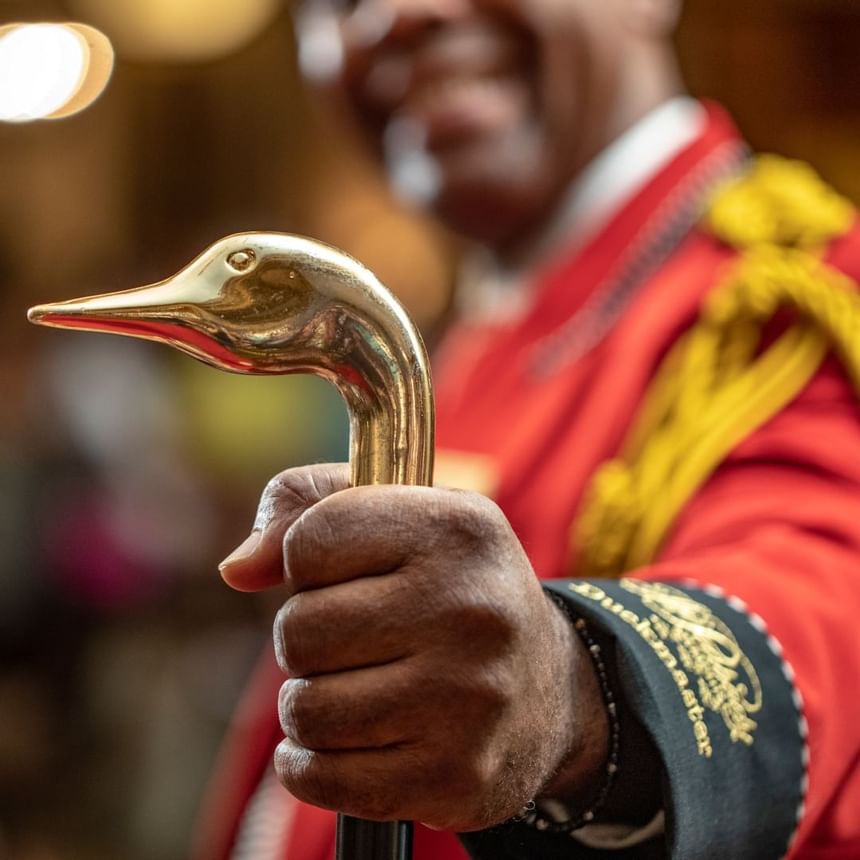